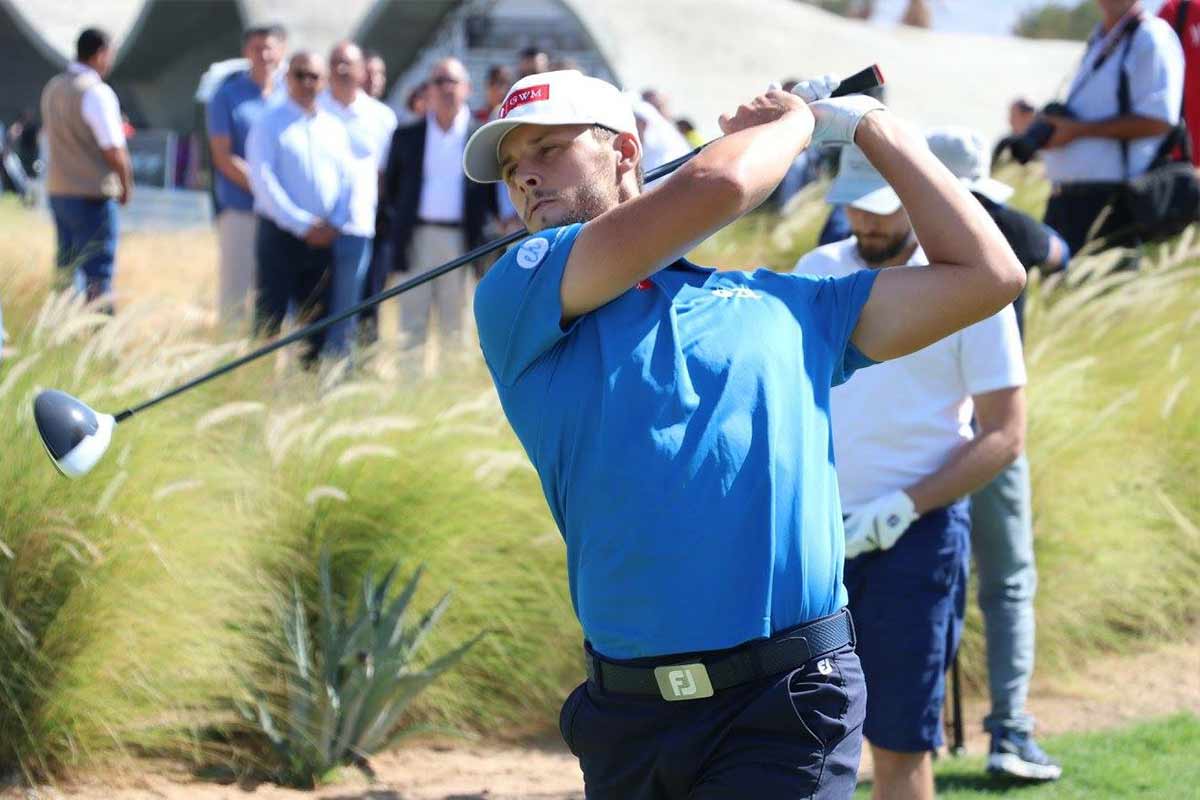 adminOctober 14, 2017Comments Off on Jordan ShukranUpdate

I stand, deep breaths, hands shaking, I approach the ball with HRH the crown prince of Jordan watching on intently, Whack, I am away and to a Royal round of applause my second round of Jordan’s first ever professional golf event is underway.

Rewind 3 days and the Mena golf tour is on a chartered Royal Jordanian plane heading towards the port town of sunny Aqaba, the southernmost point of Jordan which borders Egypt, Saudi Arabia and Israel. We are heading to a tournament venue that not only has the accolade of being Jordan’s first ever grass course but also one that is considered one of the most economically designed and run in the world, using solar energy to power irrigation to desalinisation.

Our venue is the majestic AYLA resort, a Greg Norman 18 hole course, that played part links and part desert course, carrying all the illustrious features that has made Greg Norman design synonymous with some of the best courses on the planet. Deep bunkers, sloping large immaculate greens and beautifully winding water features bore similar resemblances to that of his previous Jumeirah golf estates venture in Dubai, the annual curtain closer for the race to Dubai on the European tour. Being coastal I could have mistaken myself for being closer to links golf at home rather than sunny bliss in Jordan, as this courses challenge came from a strong wind that turned even the best golfing abilities into head scratching, provisional hitting novices. A sure signal to a championship course that demanded a physical and mental toughness if I was to be successful in the days ahead.

My Golf I can say unfortunately did not live up to my expectations, and a current struggle with my driver really did hamper any kind of progression I wanted to make in this promising land, I made the cut but a faint echo of recent weeks takes me back to Dubai with work to do ahead of our next venture to Kuwait. The wind blew hard and strong the first two rounds, the greens played hard and the course took away as quickly as it gave out, with what needed to be a rock performance for success eventually won by Jamie Elson of England.

A loud booming ripple sounded out as Jamie collected the trophy, a celebration and a homage to a successful event by none other than the Royal Jordanian Falcons, Jordan’s air acrobatics team like that off the world renowned Red arrows. Spins and hard turns symbolised not only their impressive display but also a week of tough golf that left me with questions to answer.

Jordan’s primary aim heading forwards with its golfing ambition is to get a Jordanian golfer or golfers in the 2020 Olympics, with that said they have heavily invested in not only its talent but also the facilities that will be the vehicle to honing future national success on an international stage.

I must say that my experience of Jordan exceeded every expectation on and off the course. Our first day we ventured to one of the seven wonders of the world the mind-boggling Petra, once home to the Arab Nabataeans civilisation, and now a pillar of the tourism trade in Jordan which attracts thousands of daily international visitors. The MENA tour experienced the best that Jordan had to offer. 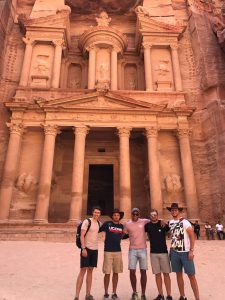 AYLAs preparation and execution of a clearly land mark event did not disappoint, with every detail executed to nothing short of what you would expect at the top flight of professional golf on the European or PGA tours.

Jordan Shukran, it was a real pleasure to be part of history and the start of a new sporting venture that will become sewn into the fabric of Jordanian sport. Good luck and I look forward to next year.